How to Deal with Imposter Syndrome

How to Deal with Imposter Syndrome, how I got over it in the past (“I don’t know) and how I’m currently fighting it through the production of this show.

And  how I learned the power of "I don't know"

My first solo rant on the topic of Imposter’s Syndrome, how I got over it in the past, and how I’m currently fighting it through the production of this show. This is all kind of a case study in the making.

If you want to dive deeper into this topic, check out this episode where I was a guest on the Brand Doctor podcast where Henry and I discussed what we do to Overcome Imposter Syndrome.

This book does an amazing job of exposing you to the inner workings of your ego, I highly recommend this on your journey to overcoming Imposter Syndrome.

[00:00:09] Hey guys. Welcome back. Thank you for tuning in. This is going to be an episode with just me sharing my thoughts and ideas on the concept of Imposter Syndrome, because that is prime for putting yourself in a position to be rejected or "found out".

[00:00:28] So, if you look at the definition of imposter syndrome, it's to the extent that we are terrified of being found out as being a phony or a fraud as to be-little, all of our current achievements and to equate them all simply to luck.

[00:00:44] Now I feel this is very relevant for anyone who may be in a relationship and not feeling like they're up to par at a job that they're terrified of losing or it's high stakes or highly competitive, or maybe they're looking to start a new project. Be it art, podcasting, videoing, or simply sharing a post on social media on maybe a very specific topic.

[00:01:09] Now I hope I covered all the different contexts where this may be considered, but the first example I can think of where I experienced, this was my first professional job. I was a robotics engineer for a robot company up in New England. And then I later went to work for Canon the camera company down in Virginia.

[00:01:31] And both were very competitive, high stakes jobs, basically your weight or your value as an individual or as an employee was directly measured to what you knew as far as your technical expertise or aptitude. So, if you could program this or write that algorithm or build this design or assembly, that was basically your ability to earn a paycheck.

[00:01:56] So everything was based on what you knew and how good you were at that. And I'm sure that's pretty consistent across other jobs, but this, this was what I felt. This was all I really knew. So with that said being afraid of being found out or being afraid of being seen as not having the answer or not knowing was kind of inherent.

[00:02:16] At least of the companies I worked at. So the problem with that was it kind of stifled a couple of things. One was asking questions because you're afraid of looking like you didn't know the answer and two was taking risks because if you took a risk and then you were wrong, they might assess, well, why'd you get this wrong?

[00:02:35] What courses did you study? What certificates do you have? Now maybe they wouldn't have actually done that, but in my mind, that's kind of where it was going. If they found out that I didn't know what the impedance was of a certain wire. I remember I just used to think of all these crazy things that they might find me out for.

[00:02:53] Then maybe I would get fired. So the way I got over that was actually looking at the five different types of imposter syndrome. One that stands out to me is perfectionist. To compensate for this fear. I basically became a perfectionist. I had to learn everything; major chip on my shoulder. I could never know enough while that may look like a motivated individual on the outside.

[00:03:17] What a lot of people didn't realize was that I was pretty much motivated by fear. I was afraid of not being smart enough or being good enough or being kicked off the team. I feel that the more I think about imposter syndrome, the more I feel like it's directly correlated with a couple of things; our self-worth and how that's measured and our relationship with fear, relationship, or perspective of fear.

[00:04:14]Will Smith talks a lot about, you've seen a lot of quotes, but he had a really good one, something to that. He was going skydiving and he's terrified of skydiving. As soon as he jumped, he was excited. And he said, the only time he was actually afraid of skydiving was before he even went, he was afraid of something that didn't even happen yet.

[00:04:31] It was an illusion, we made it up. So it's very common. So if we're afraid of being found out or being able to fraud, what are we actually afraid of? You know, are you afraid you'll get fired afraid you'll get kicked off the team? Or what's interesting is what got me over this. What got me over this was being really tired of being afraid and getting comfortable with saying, "I don't know".

[00:05:02] So if you say, I don't know, in a very confident and curious way, you'll actually start to earn people's respect. And all of a sudden the fear of being found out goes away because people see you as a valued team member. This could happen in your corporate environment. This could happen in a relationship.

[00:05:20] Gentlemen, I can speak to you and maybe for a couple of us, anytime we're a know it all, or as one of the types of imposter syndrome "experts" forever a know it all around our significant other. Doesn't go very well. But if, instead of assuming we know how they're feeling or why they're feeling that way or ourselves, if instead we say," I don't know, please help me out."

[00:05:46] Help me figure this out. Where are we at? Instead of acting like you know, because you're afraid of being found out for not knowing. If we lead with curiosity, then maybe we'll actually solve the problem. And the more you do this, the more it'll build your confidence and the more you'll start to embrace the idea of, "I don't know". Because if you tell somebody that you don't know, they can't call you a fraud because you're in essence, not claiming to be anything that you are not, you're not claiming to be an expert.

[00:06:31] Well how about, you know what I'm really good at? Is I'm really good at asking questions because I don't know everything. And I own that. And I accept that. So surprise, you found me out. I'm not a fraud. I'm actually what you found out is I'm very good at not knowing, but finding out the answer. Kudos to anyone who can embrace that.

[00:06:50] So the other way that I really get over a lot of this imposter syndrome bullshit, basically because I oftentimes get stuck in my head. Which is a lot of why I've started this podcast and hopefully it'll help any of you that struggle with this to get out of your own head. Think of this. If you're going to share an idea at work or write a book or start a podcast, or share your idea in any context, think about the way you share your idea and make sure you don't do it in a way that's telling people how to live.

[00:07:26] And you're not speaking in absolutes, meaning. Your word is not gospel. You're simply sharing an idea or sharing a question. So I don't know anyone who needs a degree, a license or certificate to simply share their story. So if you think about it as sharing your perspective, sharing your ideas, your thoughts or beliefs, but doing it in a way where it helps you to kind of sort things out, out loud in an open forum.

[00:07:55] And it also Stokes other people's thoughts on thinking there's potentially another way of doing things. So at the end of the day, if you're struggling with sharing your idea, because you're afraid of being "found out", just remember not all of your ideas are your own, not all of your inspiration is your own.

[00:08:22] Think of all the books you've read, all the movies you've watched, and all the advertising you've been exposed to. Whether we want to admit it or not, that is all influencing our thoughts and our perception of the world around us. But if we want to look at the positive side and think about all the people that have inspired us, all the public speaking, all the books, all the poems, all the art.

[00:08:45] Just imagine if they let imposter syndrome get the best of them because not all of those artists or presenters or speakers or humans were as credible as they are now. Imagine if they let that hold them back at the very beginning, when they never took that first step, if they hadn't have done that, you may not have seen that painting or heard that song.

[00:09:07] And you wouldn't be as inspired as you are today because your perspective of the world is a giant combination of all these influences that you've had around you. Now it's your turn to share your story. And I hope you do it real soon.

[00:09:28] Damn. Thanks guys for making it all the way through the end of the episode, I always think of this outro is kind of like that, that bonus scene at the end of a superhero movie, like you're going to wait through the credits and kind of get that sneak peek. But to be perfectly honest, that was a little bit of a challenge.

[00:09:42] Cause I am struggling with imposter syndrome right now. I get very stuck in my head and putting myself out here on this podcast is the ultimate challenge, but I believe it's the ultimate solution, at least for me. So if you can relate, if you have any thoughts or ideas or feedback on anything that was talked about in the episode, if you want to show some love.

[00:10:01] Drop a screenshot of this episode in your story, tag me in it, and I'll definitely hit you up and we'll keep the conversation going. Love you guys. Talk to you soon. Take care. .

Scroll back to top

Enter your name and email address below and I'll send you periodic updates about the podcast. 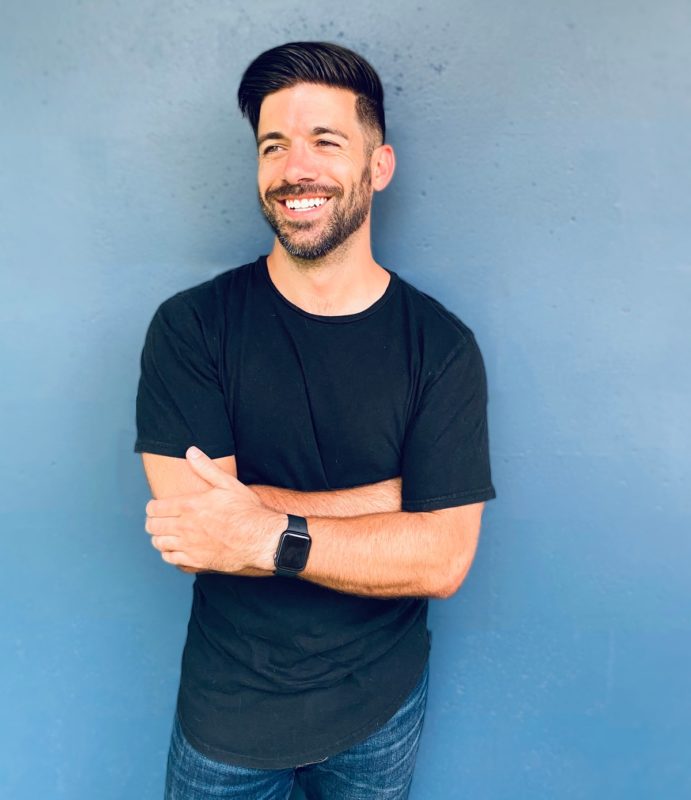 If you enjoyed this content or have any questions/thoughts about it, I would love to connect.

Related Episodes of My Niche is Human

The Dark Side of Comedy

The Dark Side of Comedy and its connection with Depression.There have been studies trying to quantify where the psychology and magic come from.

I always thought you had to be in the military to get PTSD. Clearly, I didn’t understand what trauma really is…

Journey Through The Artist’s Way

Is there an untapped artist within you waiting to be let free? Have you lost years of your life not being as creative? Journey Through The Artist’s Way

The Stories We Tell Ourselves